I'm reading Kristin Hersh’s memoir Rat Girl, which is just the book to take you back to 1985 in Rhode Island and Boston, inside the head of a funny, sassy, precocious teenager diagnosed as bipolar and writing some of that decade’s most thrilling, frightening music. It’s also prompted me to unearth the photograph above, my one and only experience of trying to take ‘proper’ pictures at a concert.

It shows Throwing Muses drummer David Narzico at the Town & Country Club in March 1991, the month that Hersh’s band released their stunning album The Real Ramona. My friend and chronically untidy house-mate Tim Bradford was working for Amateur Photographer magazine at the time, and was always bringing home new cameras to try out and abuse. We took along one each, and smuggled them in to the venue, then edged our way to the front. The cameras must have looked fancy, because people kept making space for us, like they thought we were real photographers. That the above picture was my best shot testifies to the fact I didn’t go on to make a career out of it (nor anything else, for that matter).


I remember that it was a superb concert, and that we were in a happy, drinking mood that continued all the way back home into a night of whisky and worldly analysis, but what seems remarkable in hindsight is the respect accorded to people taking photographs, albeit illegally. Nowadays, at least half of the audience are holding up their iPhones and other assorted devices to take footage and photos. It’s almost as annoying as people holding up cigarette lighters and swaying sideways to the music. In fact it’s more annoying. At least the swaying lighter fans are focusing on the music, not just an instant image to transmit to their mates with the caption, “Can U believe it, I’m at a concert!!!!!”

In small venues, this is not just highly irritating to miserable gits like me, but distracting and disrespectful to the performers as well. Earlier this year, I was at a concert by the earthy folk-classical quartet Horse Feathers in the downstairs room at the Black Cat, an ‘intimate’ venue with a limit of 200. It was sold out, and space was tight. Three songs in, two half-cut, 20-something boors blustered in from the bar, and one stood directly in front of me, so close that I could have blown the dandruff off his scalp. They clinked glasses, then my new friend took out his phone to take the obligatory shots of the band whose music he hadn’t even started to take in.

That would have been just about tolerable if his device had then stayed in his pocket, but every few minutes he’d fish it back out, take more pictures, check his messages, and send a text. As he’d perched himself almost on my toes, I finally whispered, “Do you think you could get through one song without taking that fucking thing out your pocket?” He turned and looked at me, genuinely baffled. It doesn’t register with a certain generation that it’s actually quite normal to stand still and listen to a performance for an hour without the need to tell your fascinated buddies what you’re up to right at this very second. “Standing on some washed-out indie-fart’s toes taking pics of band, now heez swearing @ me LOL!!!!!!”

He didn’t respond verbally (a sure symptom of terminal stupidity), but he did move, and spent the next ten minutes with his mate pointing at me, the dinosaur in the room who thinks that cell phones should stay in pockets until there’s a genuine emergency. As in, “Ambulance urgently needed at Black Cat night club, youth unable to breath due to cell phone rammed down his throat.” Though if it was my club I’d have him propped up on stage as a warning, with a sign saying, Leave photography to the pros. If digital cameras and the ubiquitous amateur haven’t already killed them off.
Posted by Ian Plenderleith at 11:07 am

I never even knew this happened until I saw TV footage of Sir Paul McCartney's concert in Red Square, where there were cell phones permanently stuck in the air to film him. I think you've got to accept the world has changed. If it happens to Sir Paul it can happen to anyone.

I'd like to see Keith Jarrett deal with these photogoons. Or, better still, Jah! Wobble and Lemmy.

I'm looking forward to the Lemmy film. Is it out in America yet?

It was less of a re-design and more a random click-around in the Blogger templates. Wouldn't know about any Lemmy film, I'm too busy looking forward to seeing Gwyneth Paltrow star as a C&W singer in Country Strong, improbable as that sounds.

GB - for better or worse, the essence of this blog is that I can not accept the world is changing, unless of course it suits me to. That's why home is the best place for me and my motzing.

I did not know that Ms. Hersh had a memoir out - I will have to read it. Agree that The Real Ramona is terrific. Wasn't she hugely pregnant on that tour? My band/music career was impoding at the time and I was trying really really hard not to hate music, so my 1991 memory is a little fuzzy.

I have stopped going to shows. I cannot abide a bunch of look-at-me's tweeting and texting about what they are experiencing rather than simply experiencing what is in front of them. I can recall shows at First Avenue by Jane's Addiction, Black Flag, Skinny Puppy, and Public Enemy that felt as though they had the potential to spin out of control. In a good way. All eyes were looking at the stage. Those days are gone.

Incidentally, David Narzico had a side project called Lakuna that put one record out on 4AD. Very good - worth checking out.

I love your site, but honestly tell you that you need more for him to monitor those who commented with your records

Those would surely be wise words, anonymous, if only they made any sense.

Nathan, I don't think KH was pregnant at that concert. I'm with you on the attention span issue. Bizarrely, my eldest daughter has unlimited texting on her cell phone and never ever uses it. She just reads books. I worry that she's not fitting in.

Hello, you site is very funny he told me to cheer up .. Merry Christmas.

Merry Christmas and Happy New Year, may all your wishes come true!

"If all my wishes came true, the world would be a very sick place." Evan Leith, narrator of The Last Cynic. 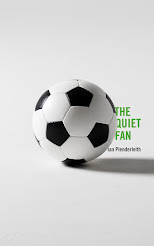 Click on the image above to order my latest book, The Quiet Fan.

Ian Plenderleith
Author of 'For Whom The Ball Rolls', 'Rock n Roll Soccer: The Short Life and Fast Times of the North American Soccer League', and 'The Quiet Fan.' I coach, play, watch, referee and write about football, and sometimes have a proper life as well.

Where I Also Write 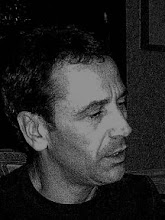